Rick Webster, a real estate businessman, knew what it was like to have extreme financial success, and extreme financial failure. He was interviewed by Bryan Goodman in the August 2007 edition of Attention! magazine. 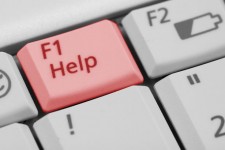 In the article, he talks about how he felt when he received his ADHD diagnosis. “‘My entire life had been a roller coaster ride of inexplicable contradictions and extremes,” he says. “Like a bolt of lightning, ADHD explained so much about the course of my life. It was truly a profound realization.'”
Rick began working with an ADHD coach. Through visualization rehearsal, Rick found a way to work around his ADHD.
Webster is now implementing some strategies-thanks in no small part to what he terms a “brilliantly unorthodox ADHD coach”-to deal with his disorder. The most important strategy, he explains, is setting aside 45 minutes every night to plan the next day. He says he takes time to visualize the day, step by step, and as he thinks of the materials he will need he drops them into a box. “I visualize, for example, the meetings I’ll have the next day. I’ll see myself walking in, shaking hands with the person, and sitting down, and then I think of all the things I’ll need during that meeting. If I need a pen, I drop a pen in the box. If I need a writing pad, then I drop the pad in the box. It really helps me prepare and lowers the activation threshold for anything that is stressful the next day. Visualization rehearsal kind of inoculates me against my tendency to procrastinate.”

The article goes on to explain why an ADHD coach can be beneficial.

Arthur Robin, Ph.D., a nationally recognized expert and former CHADD (Children and Adults with Hyper-Activity Deficit Disorder) professional advisory board member, says Webster’s story is an all-too-familiar one. “People with ADHD get really into things that are high-interest, and the adrenalin rush helps to focus them. But the fast decision-making can lead to problems.” Robin says he encourages adults with the disorder to consult with coaches, as Webster did, and to develop strategies that can rein in poor self-control. “The solution is getting the person to stop, think, look and listen, and consider the whole picture before acting.” He says that may mean an adult with ADHD makes himself or herself wait 24 hours before making big decisions. Robin said he also encourages adults living with the disorder like Webster to establish a savings account for rainy days, and to always have a contingency plan to get out of a failing situation.

If you have been diagnosed with ADHD or ADD, check back in with us next week as we list the tips Arthur Robin, Ph.D. gives for working on your finances.